Ducks produce meat, eggs, and in this system,  a special soil for the grow-boxes.  It also provides several very  rich, fruit producing spots. Ducks can also provide weed and snail control for in the orchard. They actually are fairly good lawn-mowers!

Ducks  are very hardy, and can support themselves to a large extent by foraging. They produce excellent meat as well as eggs. But the product that makes them essential to this system is the "muck" from their mini-pond. I have found it to be  essential for the success of the grow-boxes. Unlike chickens, ducks do not scratch, so they aren't destructive. Ducks have "teeth", so they can actually chew long blades of grass etc. A duck's nutritional needs are about the same as chickens, if they're allowed to forage, then some scratch grains are all that's needed. If ducks have access to a lake or pond, they could get by with no grain at all. There are "regular ducks" and Muscovy ducks. Regular ducks actually all domesticated Mallards.

Muscovy ducks are really quite different, and although they can cross-breed, the offspring will be infertile. This crossing, though is done a lot in Europe, and it results in what is called a "Mulard" duck. They are an excellent meat bird, with a very large breast. Muscovy ducks are the best foragers, but other types of ducks come in very close! The Muscovy is much, much quieter, than other ducks- in fact, they are called "mute ducks" in Europe. All ducks have great personalities, but Muscovy ducks argue with each other sometimes - they act like people! Muscovies probably win as foragers, but the all ducks are great foragers. MEAT:The meat of Muscovy ducks is red meat and much leaner than ordinary duck. It tastes more more like beef or veal than poultry. Ducks do not get salmonella. For this reason, it is considered much safer to eat duck meat very rare. In fact, that is how duck breast is supposed to be served - very rare. 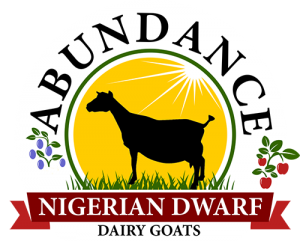 We have a small herd of fine pedigreed Nigerian Dwarf Dairy Goats. Blood-lines from among the best and working to improve! Does available now; kids will be available in March-April.